You are reading posts from News category
Post published: 28.01.2013 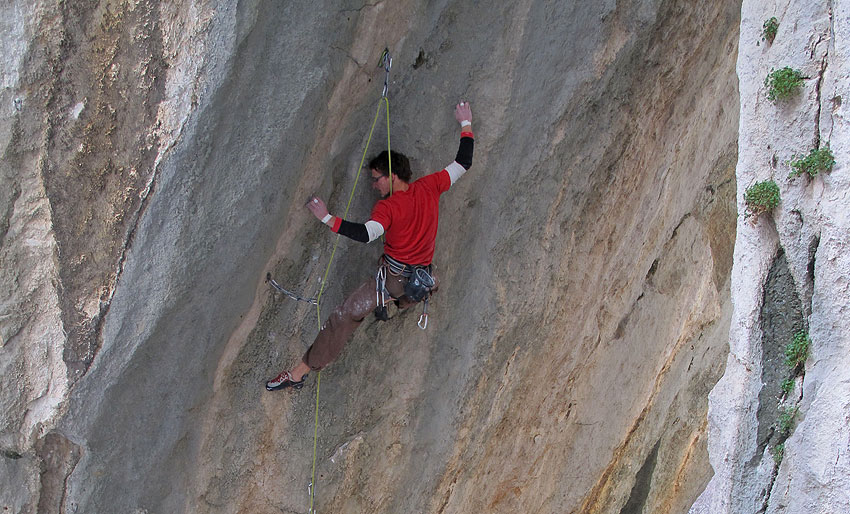 This was the first Croatian ascent and today is a big day for Croatian climbing community! Why is that so?

Il Marattoneta is a story, it is a history, it is a legend, it is a classic and it is more than just a route.
Il Marattoneta presents history of sport climbing in Croatia, but also sport climbing history in the world. It has symbolic status among climbers for many reasons. And the story goes...
It was 1987. and Manolo was coming to Paklenica from Trieste on foot, bolted the futuristic line in amazing place, Paklenica – the place that will become climbers paradise in future years. One year later, 1988. Manolo did the first ascent of this special line and named it Il Marattoneta (Marathon Man).
After coming years many foreign climbers tried to send it and nobody could. People were discussing about this route difficulty and some even suspected that Manolo ever did it!? Finally in 2002, very talented Slovenian climber Uroš Perko did the first repetition after 14 years. In the same year Marko Lukič, another Slovenian sport climbing legend managed to send it, too. Both were claiming 8b+ for the route as Manolo in 1988.
Very technical route was very selective and still is, for it's technically complicated moves and sections in only 12 meters of height.

In 26 years Il Marattoneta was repeated just three times,although many many great climbers tried to send it.