You are reading posts from Dalmatia Info category
Post published: 08.07.2012 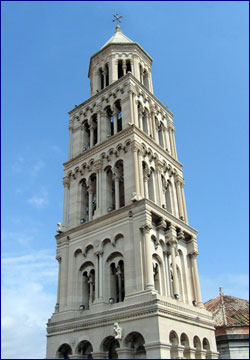 What to do on your rest day?

Dalmatian region is very rich with spectacular landscapes and amazing locations. Among many options for your rest day, we will try to bring up some of the ideas we thought it would be good for you to know how to spend a non-climbing day in our country.

Walking/hiking in the nature
-Visiting National Park Krka - Krka river near Sibenik town is recommended for spring, summer and autumn time of year for nice and refreshing walks around waterfalls where you can have a picnic day with nice swimming and easy hiking. Check out web page for more information.
-Visiting Velebit Park of the nature and National Park Pakelnica – Velebit mountain range is impressive massive with huge rock climbing and hiking options. There are too many things to say and to do at Velebit area, and the best is to investigate on your own. We bring you two links; for Velebit park of the nature and NP Paklenica.
-Visiting Biokovo park of the nature
-Visiting Imotski lakes, incredible Red lake and Blue lake.

Adventure tours
Omis region is main location for white water activities like rafting canyoning, kayak, kanu, but also for rock climbing as we pointed out already.
Our partners are providing one of the most adventurous trips in the region, adventure canyoning with zip line included.
Check out Avantura Adventures offer!
Contact us for more information’s!

-Visiting Mljet National Park – the north part of the island Mljet is a National park with great walks and hiking. The park covers two natural lakes in the middle of the island, which is very rear and unique in the world. 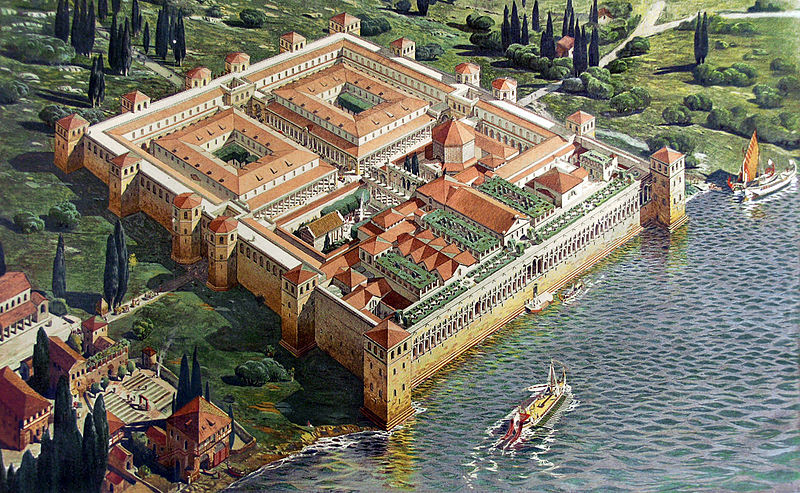 Visiting historical sites and a bit of history
400 years B.C. Illyrian tribe Delmati lived here until Greeks came and recognized Dalmatian coast as very rich and settled all over the Adriatic.
Romans came later and pushed the Greeks out, and settled in Salona, which was ancient Roman town, Capital of Dalmatia.
In 7th century Croats came from Karpati.

Medieval ages were very difficult for Croatians. On the coast, from 11th century Venetians were trying to rule all over the Adriatic and pretty much they did. Adriatic Sea they named Del Golfo Di Venezia – Gulf of Venice.
From East, today’s Bosnia, Huge Ottoman Empire was spreading fast. Turks were merciless and people were running away in fear, pretty much on Dalmatian islands.

Zagreb area and North part of Croatia was under Austro Hungarian Empire. Austrians managed to get down to the coast and stayed there for hundred years, after they pushed French army with Napoleon at 1815.
In the middle of all of these empires, there was small Dubrovnik Republic existing with only 40.000 people, managing to keep their independence for almost 4 centuries, what was pretty incredible. The only independent Slavic republic was abolished by Napoleon at 1808.

Ancient Salona
There are remains of the ancient town of Salona which it is presumed was built in the 4th century B.C. and which can still be seen in Solin today. Salona was the port of the Illyrian Delmati tribe, where the Greeks and Romans lived. In the 48th year B.C., Julius Caesar proclaimed Salona as the centre of the Roman province of Dalmatia. The town centre had a trapezoidal form, was enclosed by city walls and was fortified by towers. Within it was a complex of town basilicas, and a monumental cathedral with a baptistery and thermal were later constructed. Still today, the peristyle of thermae is recognizable as a place where a bath with furnaces and dressing rooms as well as the Old Christian facilities, connected to the basilicas with activities of St. Dujam was situated. At the southern part are the remains of the forum, the temple and the theatre from the 1st century. 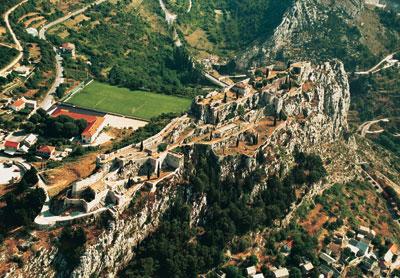 Klis fortress
City of Klis, very important location through the history, got its name after Clissa – the key, the key of Dalmatia. The Klis fortress is situated on the hill of the same name and in the past, thanks to its strategic importance, was a notable defensive position. Situated on the high, natural sheer rocks above the crossing between the continental and coastal parts, a beautiful view extends over the surrounding parts areas and even as far as the island of Vis. The Fortress has three levels and is surrounded by a triple ring of city walls whilst the most important parts of the fortress are the Knezeva kuca (Prince House), the church of St. Vitus, the powder-magazine, the officers' barracks and the Oprah tower.

Diocletian’s palace
Visiting 1700 years old Roman palace in the center of Split is a must do thing here. Very well preserved,  palace is the biggest attraction in Split and one of the oldest. Find how Diocletian, Roman Emperor who was born in Salona managed to rule and abdicate later in the age of 70 what was pretty strange for one Roman emperor in that time.
Investigating palace and its narrow streets full of people will affect you strongly, so we recommend it!

While walking around our beautiful town, we have to point out some interesting places beside our museums which are telling amazing story from our history:
- Fish market - you have to see and visit major fish market in Dalmatia for many reasons. It is built just nearby sulfa springs and smell is obvious, but this is the reason why we don't have fly's at the fish market.
- Hajduk stadium - we are big soccer fans and we have great stadium built in 1979 in the shape of sea shell. Hajduk soccer team is like religion in Dalmatia what is visible from every corner of our town.